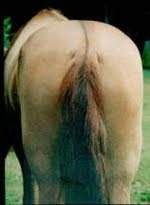 Thanks to Outsports.com where I first saw this story.
Posted by Pat Griffin at 9:14 AM

This story isn't over. Stay tuned.

Oh, and thank you Pat for giving this coach the recognition he deserves.

I am incensed by what he did, but even more so by his remaining as a guidance counselor!! Thanks, Pat, for the very appropriate award.

Why not contact Pat Lynch, offer an olive branch to better understanding. You have a teachable moment here! You've had your laugh. Now, it's time to educate, if you believe as you claim. (I don't say you should do it personally. Someone with fine diplomatic skills would need to be dispatched for this job.) If he understands your sincerety, then chooses to decline, at least you tried.

;-) Thanks to you, I downloaded the form. I find it hilariously pathetic. Had I been on his football team, I might have viewed it as personally demeaning enough, to quit the team. Otherwise, inside, I would've been shaking my head in disappointment, while trying to grasp the larger idea probably intended. I have little sympathy for questioning a person's maleness or manhood for lacking macho qualities. Macho qualities will get you killed over nothing!

The violence of football, and the common coaching practice and belief, that football is preparing you for life, in a sometimes violent world, is why I chose not to play football. It leads to abuses, filled with good intentions. Add today, winning is everything, to too many coaches. This leads to a serious loss in what sports should represent in the scheme of life.

I have little doubt Pat Lynch was trying to teach his players there is a time for "toughness" and "softness" need not apply; that "softness" can be destructive to your goals. Gender bashing was probably the furtherest thing from his mind. However, he ended up grasping at available straws, choosing the worst one, without the faintest idea, he chose wrong. His choice can easily lead to a future where these guys reject their "softness", when its needed most, because their training has been to be "tough." How many lives has this ruined in every generation? It's incalculable!

This is where your "Salute" could be turned into a "good deed." Perhaps one among you could relate to Pat Lynch, how his little form insulted a whole group of people needlessly, while potentially doing permanent damage, to the players he attempted to communicate with and the larger student body he now counsels!

Is there one among you, so-gifted in communications skills and understanding, who would undertake this task, without malice, while giving due-respect to Pat Lynch, as an imperfect human being, as we all are, who is willing to help lift Pat Lynch out of the ditch he has run headlong into? If Pat Lynch is the man he must believe himself to be, then he will listen.

If not, then you're ALL right, letting him counsel students is much worse than coaching. If he can't do the one, he shouldn't do the other.